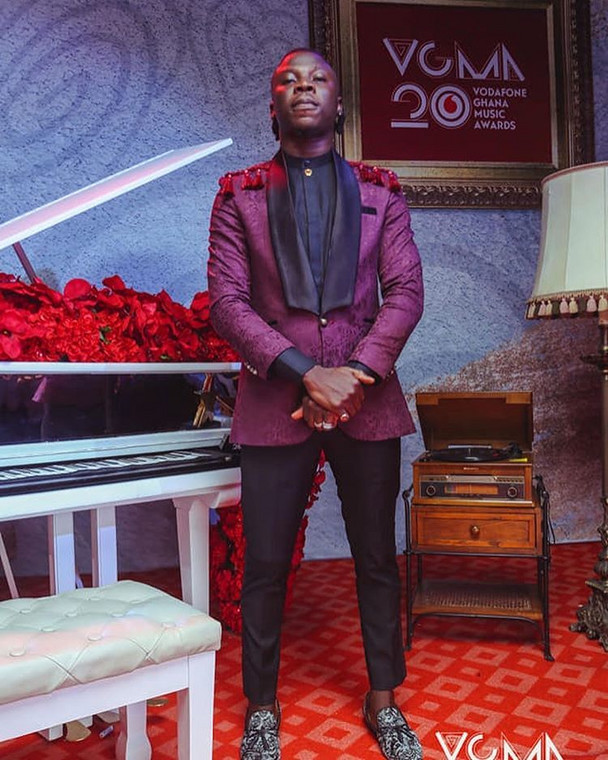 Ghanaian musician Stonebwoy has revealed he bought GHc50, 000 worth of votes to help his chances of winning the Artiste of the Year at the 2019 Vodafone Ghana Music Awards.

In an interview with HITZ FM, the ‘Nominate’ hitmaker said he deserved the award by both merit and votes having spent big on airtime for his fans to vote in his name. He also revealed organizers of the show took their money back after he could not perform on the night since he had been paid for a performance on the night. It was his loss, Stonebwoy says, outlining how the organizers failed to recognize he had also spent some money on his clothing before coming to the event.

“You have already spent on a $1000 suit and customized shoe. When you check my shoe, my name is always customized on there for every VGMA,” Stonebwoy said.

“They should have considered some of these things. Because I bought votes around GHc50,000. I know I’m just being real. I bought credit (airtime) to share. Like GHc50,000. I’m not even kidding. It was hands down. If you ask them, they know I deserved Artiste of the Year by votes, by merit, and by work,” Stonebwoy said.

Stonebwoy who recently released his album, Anloga Junction said this was not to call up any new case but sometimes people need to set the record straight.

The Ghanaian musician and his colleague Shatta Wale were banned by the Vodafone Ghana Music Awards after mishaps at the event that saw Stonebwoy pull a gun following Shatta Wale walking up the stage uninvited with the former already there.

Showboy Reveals Why He Ended Up In U.S Prison