Ricky Nana Agyeman aka Bullet, who is the CEO of Rufftown records has spoken about the Fantana and Wendy Shay brouhaha.

Bullet, whose record label has Fantana and Wendy Shay, has attributed the former’s recent behavior and antics online to the fame she has been introduced to. The two female acts clashed on social media over the weekend and traded insults with each other, seeing Fantana ‘expose’ Rufftown Records.

Speaking during an interview on Happy 98.9FM’s ‘Ayekoo After Drive’ with DJ Advicer, Bullet said the “fame has gotten into Fantana’s head and that is why she is behaving the way she is, bent on tarnishing the hard-earned reputation of the label.” 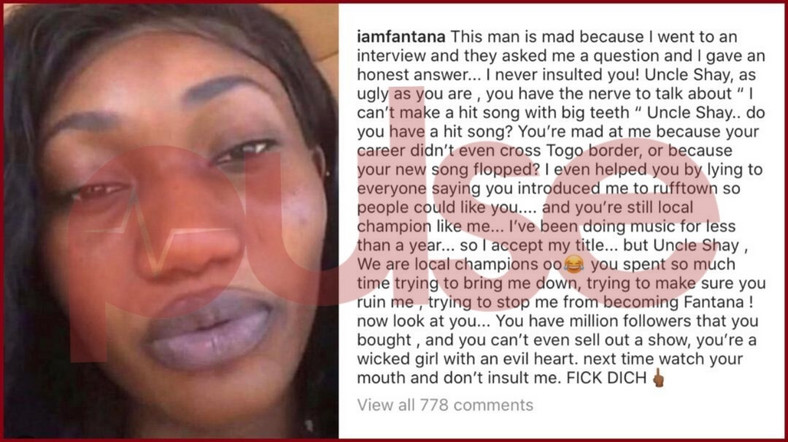 The defunct musician of Ruff N Smooth fame also mentioned that if the “Girls Hate On Hate” singer had issues with someone on the label, she could have best resolved the problem privately without acts that tarnish the image of her colleague and that of the record label, to the public.

Bullet emphasized that he has made Fantana a household name in the country within a short time and that “fame has gotten into her head,” hence, her public outburst and antics. The Record Label as at Sunday, 17th May, issued a letter, calling for a meeting on Monday with Fantana to terminate her contract. 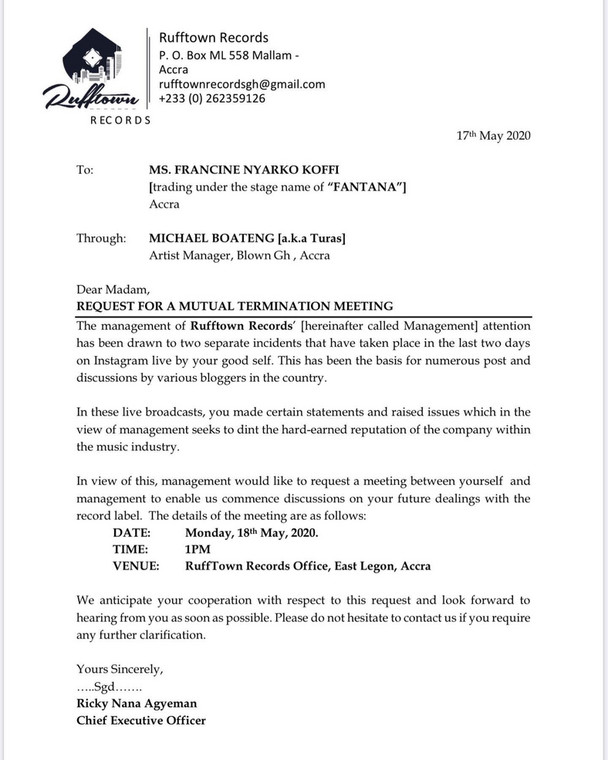 However, nothing has been heard from that meeting yet as Fantana via an Instastory has mentioned that she has been home all day yesterday. 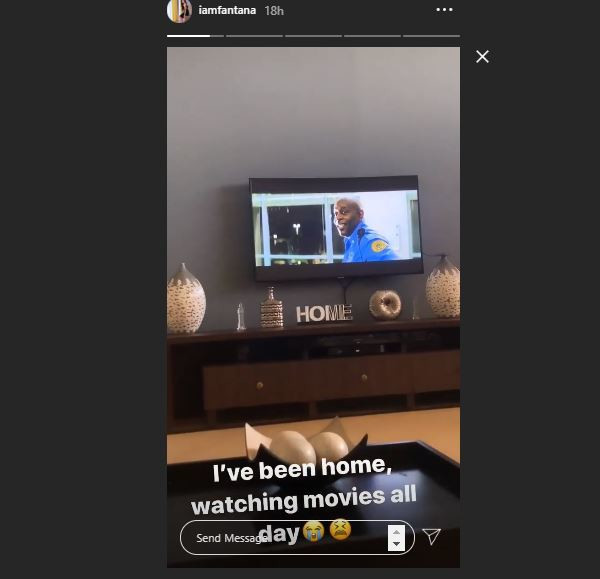 Patapaa Reported To Be Hospitalized Few Hours Before His Performance