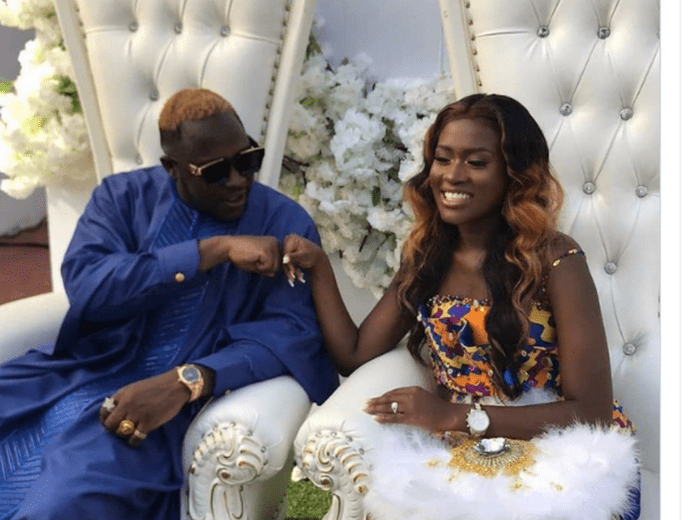 Medikal has revealed one thing about his wife, Fella Makafui, that annoys him so much. That thing, Medikal explained is that whenever he is with his manager and team, Fella forces him to leave them.

Medikal explains that his wife always wants him to join her in the bedroom when he wants to have some time with his friends. This, he said, he wishes she would change because he finds it very annoying. Fella, on the other hand, said anytime she wants her husband to join her in the bedroom, he prefers to be in the hall, and this annoys her so much.

The celebrity couple appeared as guests on an entertainment show on TV3 on the night of Friday, May 8, 2020. Apart from those instances, the couple revealed further that they are very happy together and encounter no issues at all.

Fella Makafui and Medikal got married in a traditional wedding on March 7, 2020. This was after she snatched Medikal from Sister Derby who had dated Medikal for nearly two years and had high hopes of marrying him. Recently, Deborah Vanessa wished Medikal a happy birthday referring to him as “Sweet ex”.

I’m honoured to be insulted by Sarkodie – Patapaa