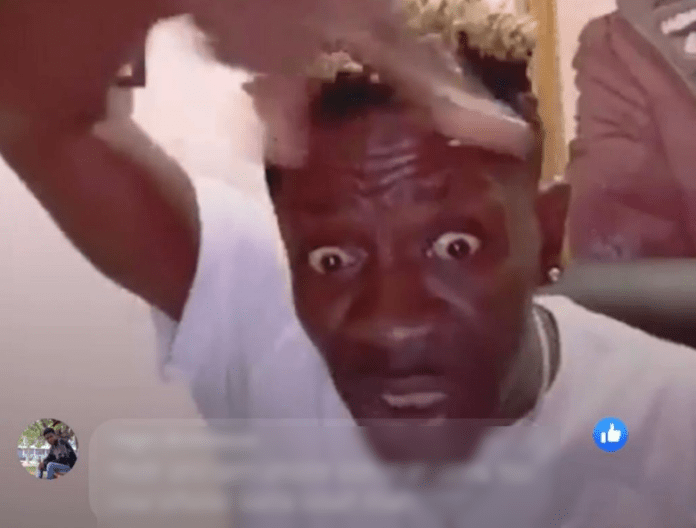 The ‘Earth Tremor’ which recently happened in some part of Ghana has left many worried and disturbed, but Shatta Wale seems to feel unbothered but rather makes a mockery of his haters.

Recall on Wednesday night being 24th of June 2020 when some parts of Ghana, including the nation’s capital, Accra experienced a scary earth tremor that shook many homes in affected areas. Residents in areas such as Dansoman, Achimota Mile 7, Spintex, North Kaneshie, and Kasoa among others have confirmed experiencing the natural occurrence. Other areas were Ashaley Botwe, Adentan, Kwashieman, Amasaman, Tema, Gbawe, Kokrobite, and McCarthy Hill. They confirmed experiencing it three times within a short time frame. The first was intense, the subsequent ones were a bit lighter. The cause of the ‘earth tremor’ incident has left many bordered and disturbed, while many have been terming it as a sign of the coming of the Christ Jesus.

While many are feeling worried and panic about the incident, Shatta Wale’s reaction towards the ‘earth tumor got many astray and keeps tongue wagging as he rather makes a mockery of his hatters rathers been worried. The ‘Vanessa’ crooner took to his social media page reacting to the incident;

He posted with the caption; I just shake the table of God nooorrr dem deh run !!! Mun huuu shwiiii (you haven’t seen nothing) [SIC]. 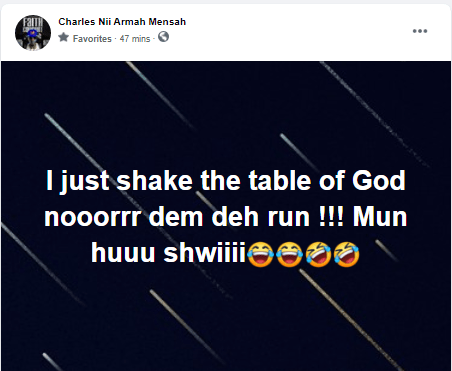 Stonebwoy Slowly Delves Into Politics With The Help Of Energy Minister, John-Peter Amewu

Patapaa Reported To Be Hospitalized Few Hours Before His Performance